This was a beautiful, French hand painted kitchen at around 15 years old, you could tell it had been looked after as it was still in very good condition.

Like a lot of Oak kitchens, it made the rest of the kitchen look very dark. So, after enquiring about the process our clients were ready to go ahead and make the change.

We started by doing our colour consultation where between us we chose the perfect colours to firstly brighten the kitchen up and secondly colours that would look great with the existing worktops and flooring.

First of all, we took the fancy barrelled hinges off (ones that we had never come across before and seemed to take forever) Once they were removed we were ready to degrease the kitchen to make sure no grease spots were left as this would result in problems later when it came to applying the paint.

Then it was time to fill, rubdown and prepare ready for the coat of primer. Once all the preparation was out the way we were ready to start hand painting the kitchen using Expressions eggshell paint.

The kitchen was finally finished and ready for those dreaded hinges! It was all worth it and once the beautiful handles were put back on the results were stunning!

Our clients loved the end result just as much as we enjoyed painting it.

“An extremely big thankyou to Phil and his team at Expressions Interiors.

We were fed up of our existing oak kitchen, which although still in very good condition was now old fashioned and made the kitchen too dark.

The kitchen was too good to rip-out and replace so we contacted Expressions Interiors, which had been previously recommended to us. After seeing photographs of Phil’s work, we were convinced that that was the way forward. Phil spent a long time with as part of his Colour Consultancy Service advising on the exact shades which would complement our existing tiles and work surfaces, and also lighten up the room. We chose two shades of a soft grey.

I was impressed as to how efficiently and cleanly the work was carried out, including great attention to surface preparation. The final result is beautiful, better than a new kitchen and just what we had hoped for. Expressions Interiors are a great team, and we would thoroughly recommend them.” 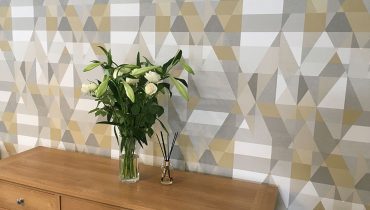 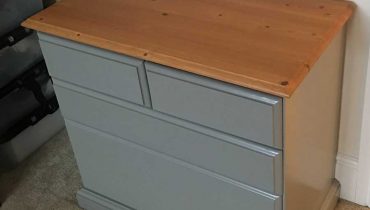 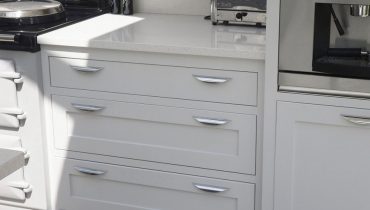 How To Paint Your Kitchen Cupboards 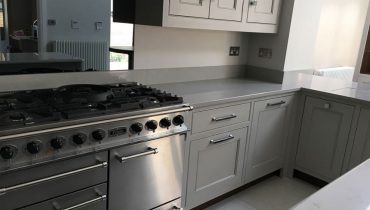 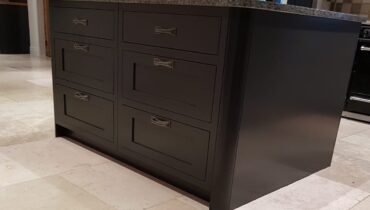 One of Phil Mitchell’s favourite kitchen projects from 2020